I apologise that no blogs have been published for the past three months, but little has been happening since the bluebells and their leaves have died off, having built up reserves ready to start appearing in April

Last year we made a good start to clear that pernicious annual weed that was insidiously spreading throughout the wood, commonly called cleavers (Galium aparine) or some of its other names: bedstraw, goosegrass, catchweed, stickyweed, robin-run-the-hedge, sticky willy, grip grass and the velcro plant!  Delighted to report that this year there must have been at least a 50% reduction in the number of plants that appeared, which bodes well for next year, as most were removed before any of their seeds were shed. 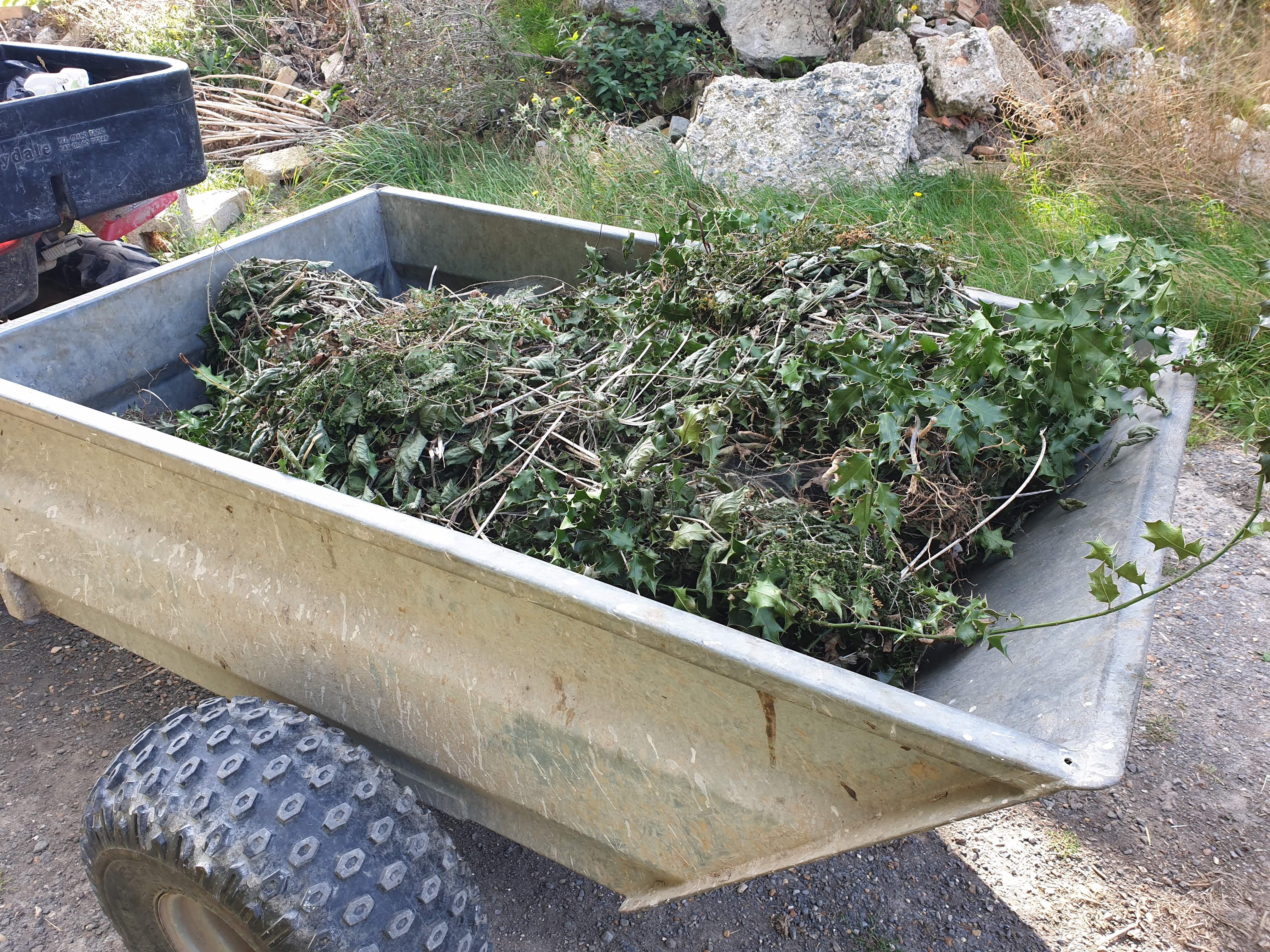 This picture shows yet another trailer load of new brambles, young holly trees and some bracken that has been removed in the past months, to ensure that their presence does not impair the vistas of flowering bluebells.  Since the end of the Bluebell Walk we thought it would be an interesting exercise to record the hours spent in preparing for the 2020 Walk. So far work in Beatons Wood totals 94 hrs, with still much to do! 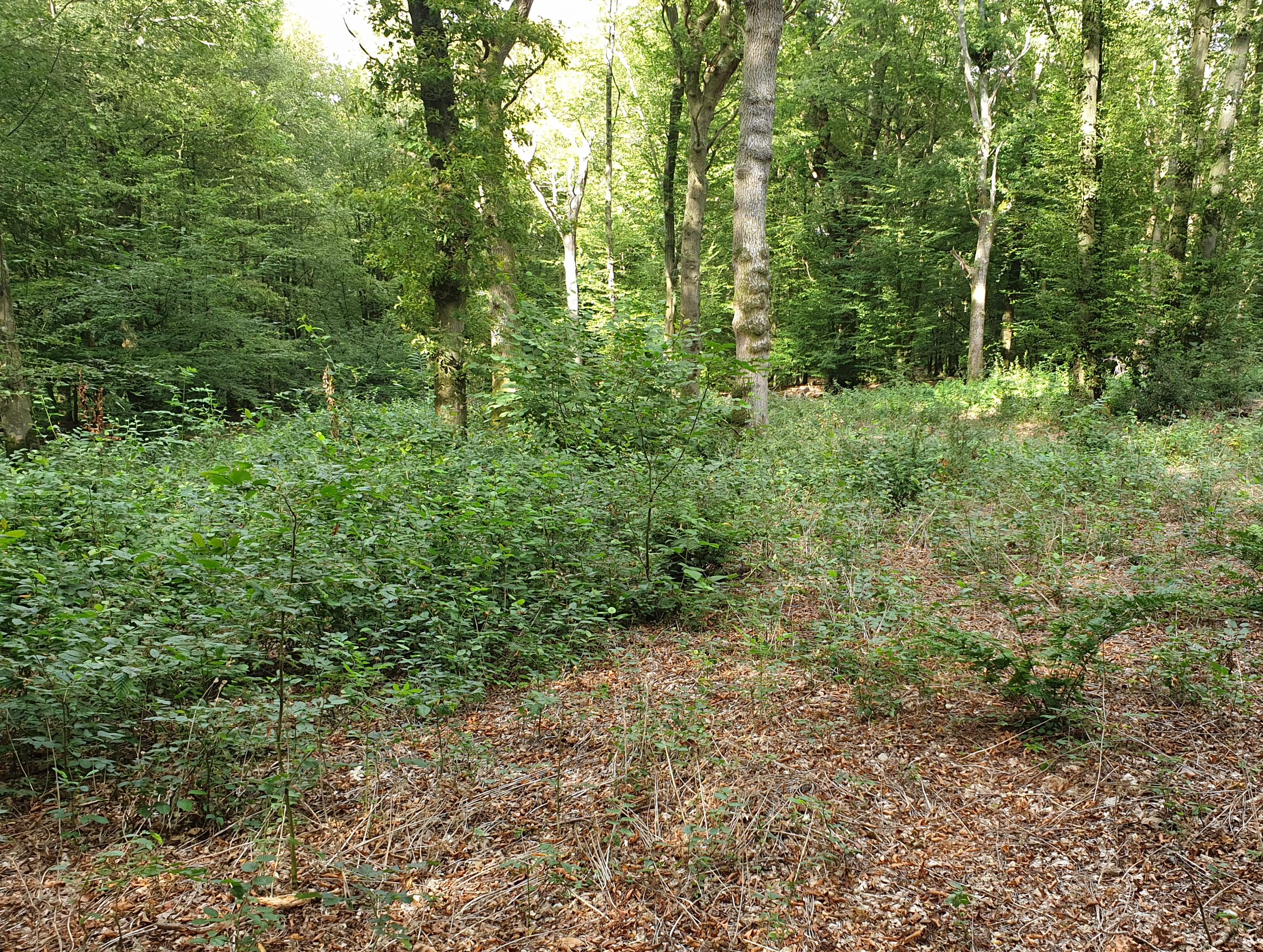 It has been very noticeable in the past three years that young hornbeam, ash and other trees are germinating in their thousands, which must be down to the disappearance of wild rabbits, certainly locally if not nationally. This is due to a new disease first recorded in the UK in 2014 called the Rabbit Haemorrhagic Disease.  Wild deer, who used to be voracious nibblers of our young trees, also seem to be absent. Since we coppiced this area in 2016 many of the bluebells will be masked by the young trees (see image) that have been left to grow unabated. 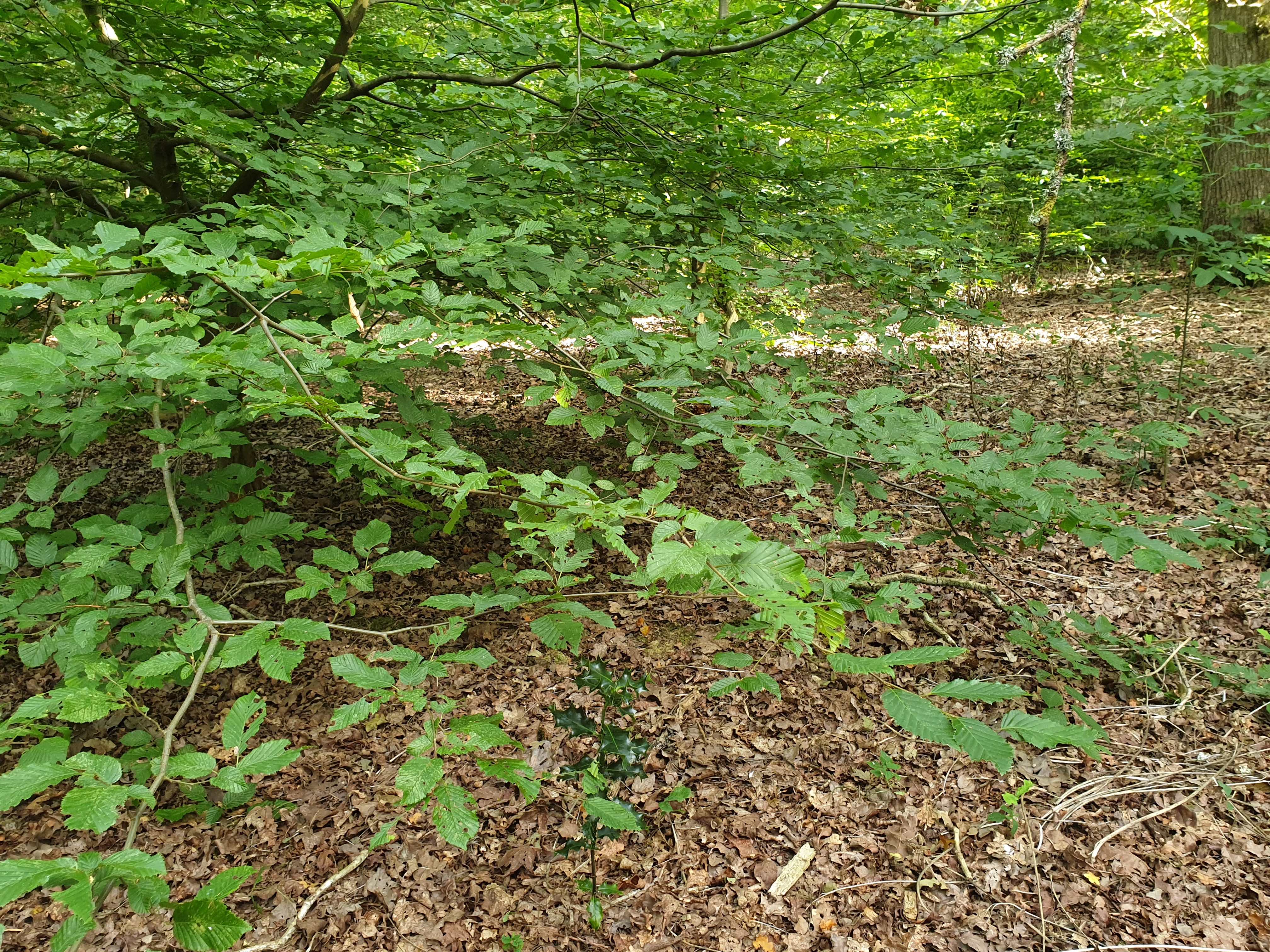 We are going to have to take active steps to improve the views of bluebells by removing the lower branches in this area coppiced in 2010 (see image) where in the past we used to sit back and rely on nature to do that work! 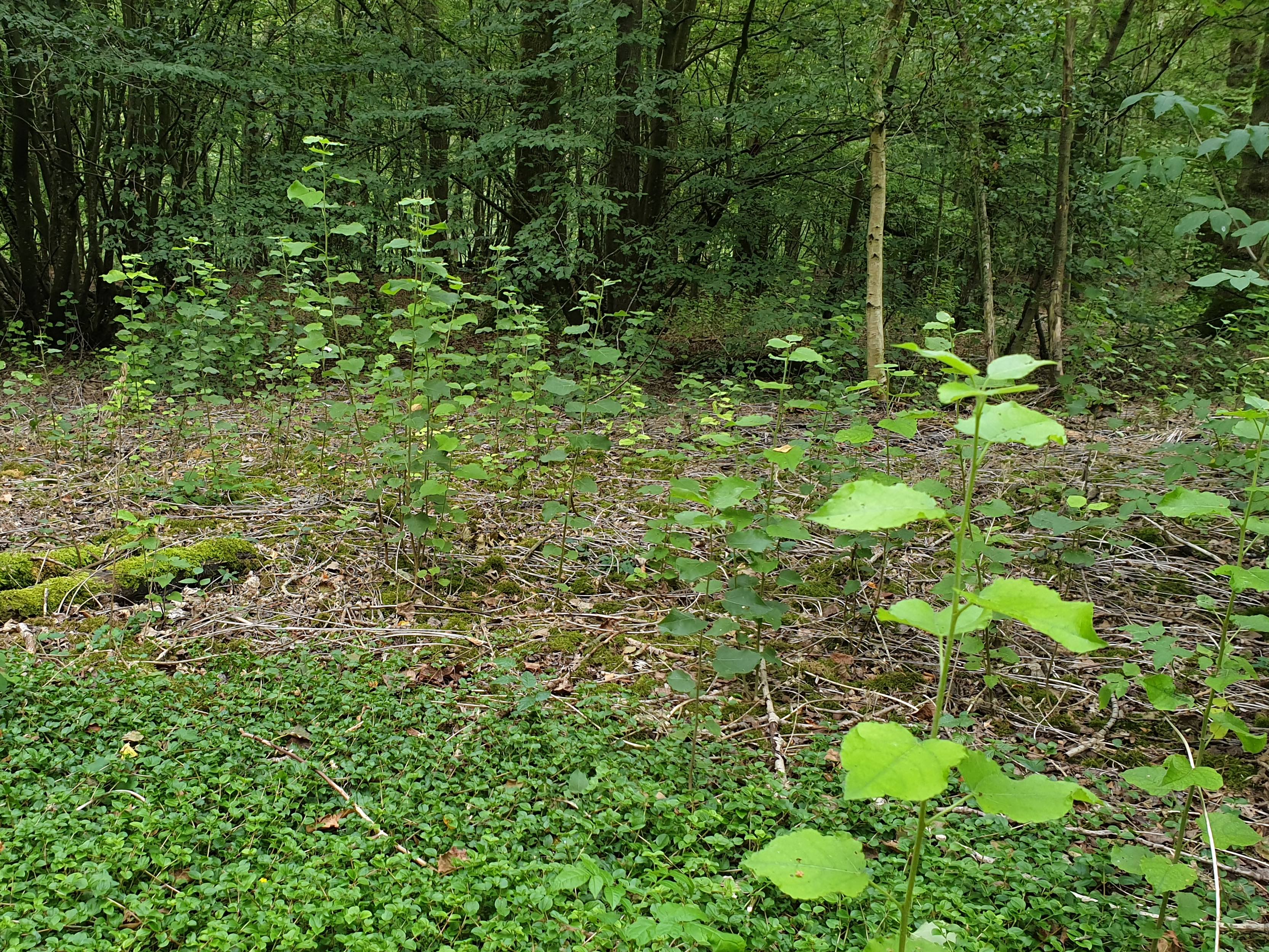 These young aspen (Populus tremula) (see image) have never appeared before as suckers from the three mature trees nearby, so these suckers will have to be cut out and treated, as we do not want our wood’s character changed by being overgrown with aspen trees. 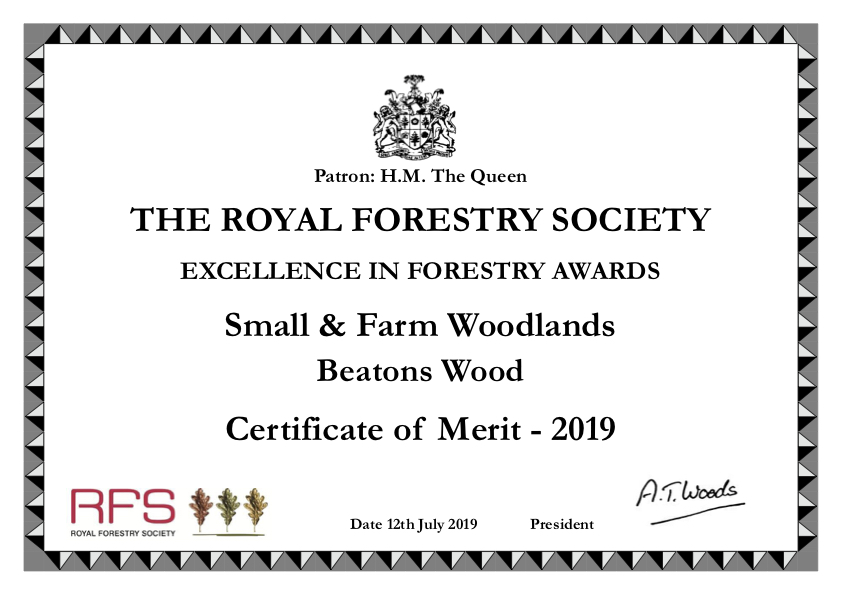 I am delighted to report that Beatons Wood was placed third in the Royal Forestry Society competition ‘Excellence in Forestry Awards for the South East’ in their ‘Small & Farm Woodlands Category’.  We are waiting to hear in October if we have been shortlisted by Tourism South in their Beautiful South competition ‘Small Visitor Attraction of the Year’.  We have been successfully shortlisted by the Rural Business Awards in two of their categories ‘Best Tourism Business’ & ‘Best Rural Diversification Project’, with the results being announced at the Canterbury Cathedral Lodge on 18 October, so fingers crossed!

We were delighted with the influx of a much greater number of entries, thanks to Tim Church who organised the entries so they could be sent in electronically this year.  It was quite challenging, but an enjoyable role for the four judges to decide on the winning images, as the standard was so good, so we should like to thank all entrants and sorry we had to disappoint so many.  I understand that the BBC’s Countryfile had 42,000 entries from which they had to pick 12. We only had 500 to look through!  Our winners can now be seen on the Gallery page of www.bluebellwalk.co.uk and the images will also be enlarged and displayed at the 2020 Arlington Bluebell Walk, so we hope this will encourage YOU to enter next year?

My aim is for the next blog to be posted at the beginning of October.

This message was added on Tuesday 3rd September 2019