Who would have imagined that after Christmas 2020 our lives are still governed by Covid!

The trees are bare, so their branches and trunks are silhouetted against the blue sky and sunshine without much warmth, but it still makes a magical walk along the paths covered in brown rustling leaves.

This year the heavy rain especially in August, when we should have been making hay, has encouraged the growth of rampant brambles!  Long shoots, some stretching 8ft, scramble through the wood with roots at each end!

It is an important job to ensure that they are kept under control, along with nettles, docks and Yorkshire Fog, which is good exercise for my knees!  Imagine my surprise to find two very early 2022 bluebells (images), which normally now first appear towards the end of January, but with the climate warming year on year the consequences are becoming alarming. 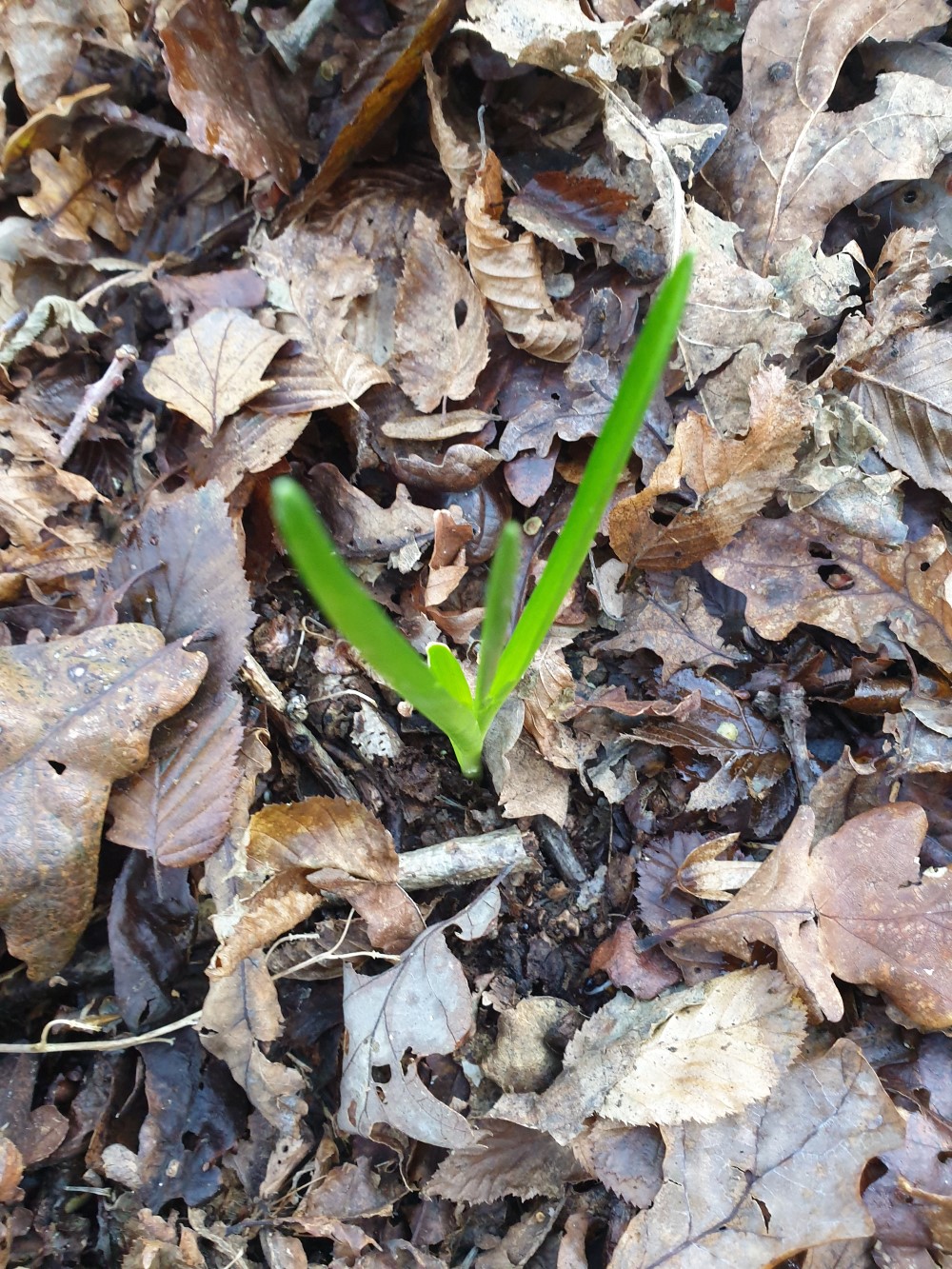 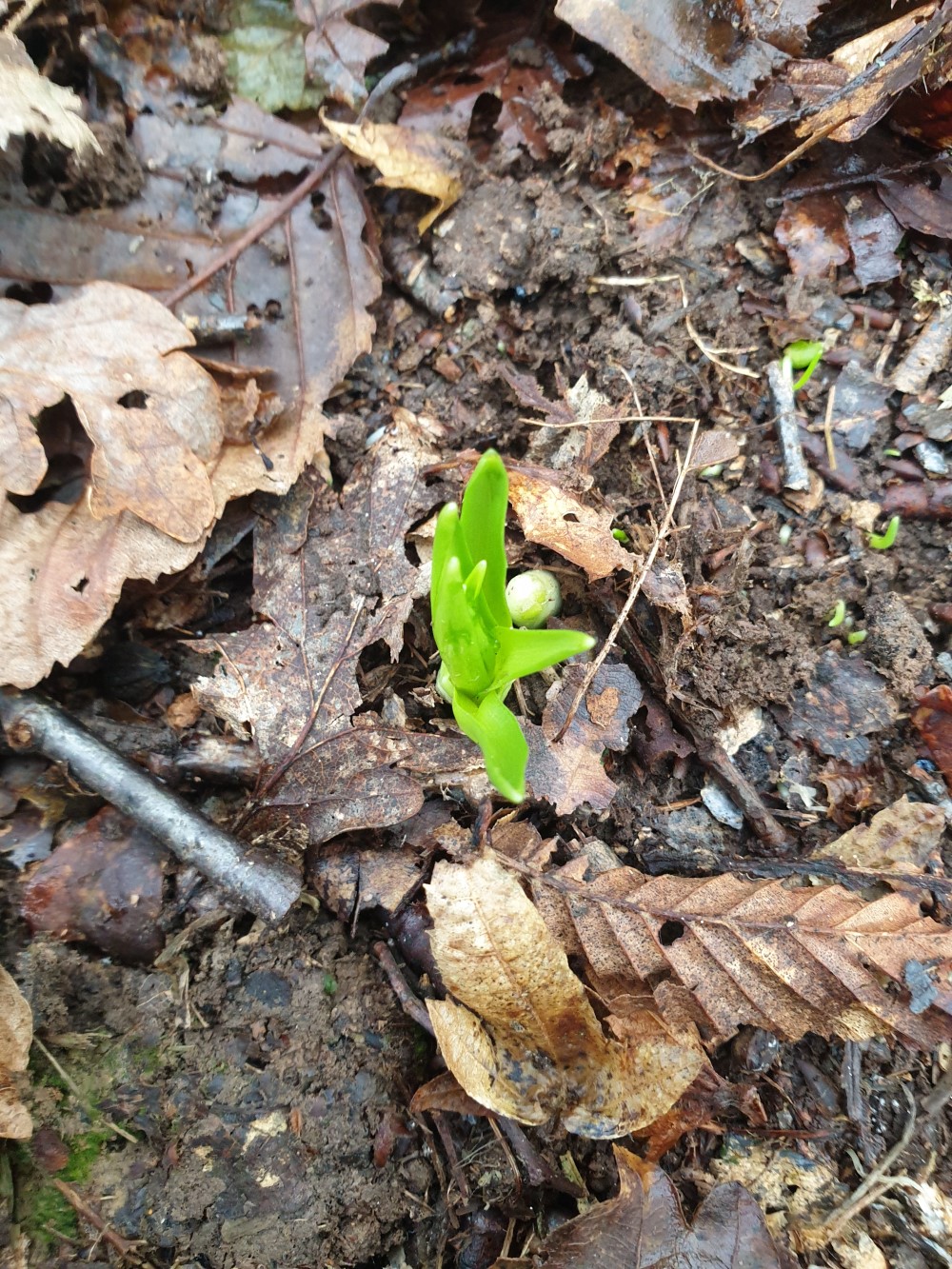 Plans for the 2022 Bluebell Walk & Farm Trails are being implemented, with a newly designed brochure to incorporate both the Arlington Bluebell Walk (April to May) and Bates Green Garden, which will be open every Wednesday from late February to end of October.  There will be over 30 local charities involved in both events, so if all goes to plan by the end of 2022 we expect to have exceeded £2,000,000 raised for the 80 charities who have been involved since 1972. 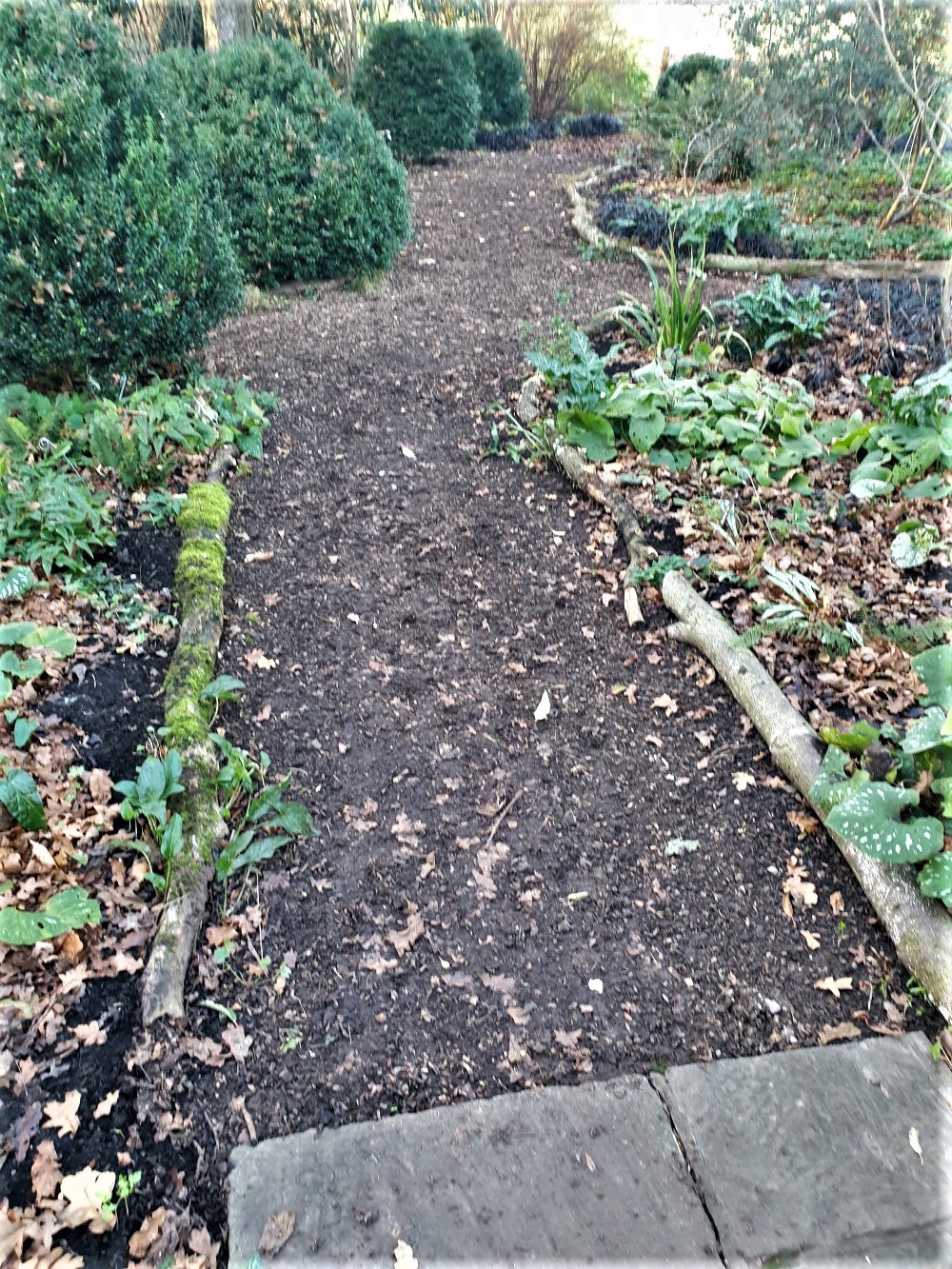 Those important jobs in bedding down the garden for the winter are nearly complete, so this image shows paths in the Woodland Garden cleared of leaves ready for the annual dressing of wood chip.  Tulip bulbs are all sown, the lawns scarified, and a large amount of municipal compost spread between those herbaceous plants, ferns, shrubs and trees giving sustenance to all.  In February a variety of hidden treasures will emerge as the soil warms, to give pleasure to all.

A very Happy Christmas to you our readers, hoping that 2022 will be a real New Year in all senses.

This message was added on Wednesday 22nd December 2021